Vrontados is a coastal area with aproximately 5,000 residents. Famous for its long naval tradition the fleet of Vrontados helped significantly during the revolution of 1821. Over the years the captains of little ships evolved into shipowners and the long tradition is still well-preserved. Opposite the town hall stands the statue of Afanis Nautis (Missing Sailor) dedicated to all the sailors who perished at sea or abroad. Greenery, narrow streets, picturesque harbors and marinas, orchards, houses with gardens, windmills, monuments and lovely beaches dominate the area of Vrontados. There are also noteworthy sports facilities in the Aipos athletic village resort, water sports facilities in the Lo Bay and "Fafaleio" stadium. The most important unions of the place are F.O.V. and P.E.K.E.V with a strong social, cultural, intellectual and athletic role.

The haven of Vrontados is Daskalopetra (Daskalos means teacher and Petra is stone in Greek). The area was named after Homer since it is said that the great legendary poet of Odyssey and Iliad taught on top of a small hill where the Stone of Homer lies. It's even said that in the same location Cybele, goddess of nature was worshipped in an outdoor temple dedicated to her. The pebbly beach called Daskalopetra is also called Vrisi tou Pasa having taken that name from a fountain area owned by a pasha. Shortly after Daskalopetra there is the marble tomb of Psihari, who was an important philologist and linguist. After a while the road reaches to Mersinidi Monastery and its wonderful beach. In the western part of Vrontados there is a nice area named Kleidou, known for its abundant water and lush vegetation. There is a mountaineering route here starting from this area ending up on  Mount Aipos. Breathtaking views of the east coast of Chios, of Vrontados, the city and the coast of Asia Minor can be enjoyed from Mount Aipos.  The small church of St. Makarios stands at the beginning of the mountain road turnings where enthusiastic crowds of people are gathered in the evening of Resurrection to watch the splendid spectacle of Rouketopolemos (Rocket War) between the churches of Panagia Erithiani and St. Mark. Hundreds of makeshift rockets are fired between these two churches every Holy Saturday evening and thousands of visitors and locals experience this spectacular custom. 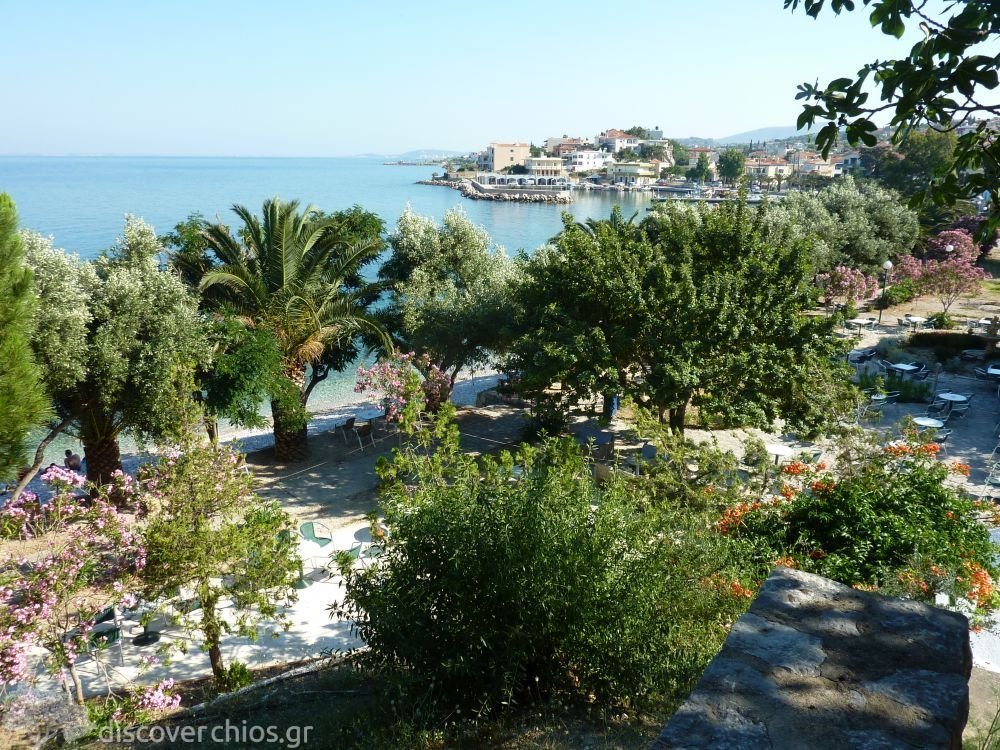 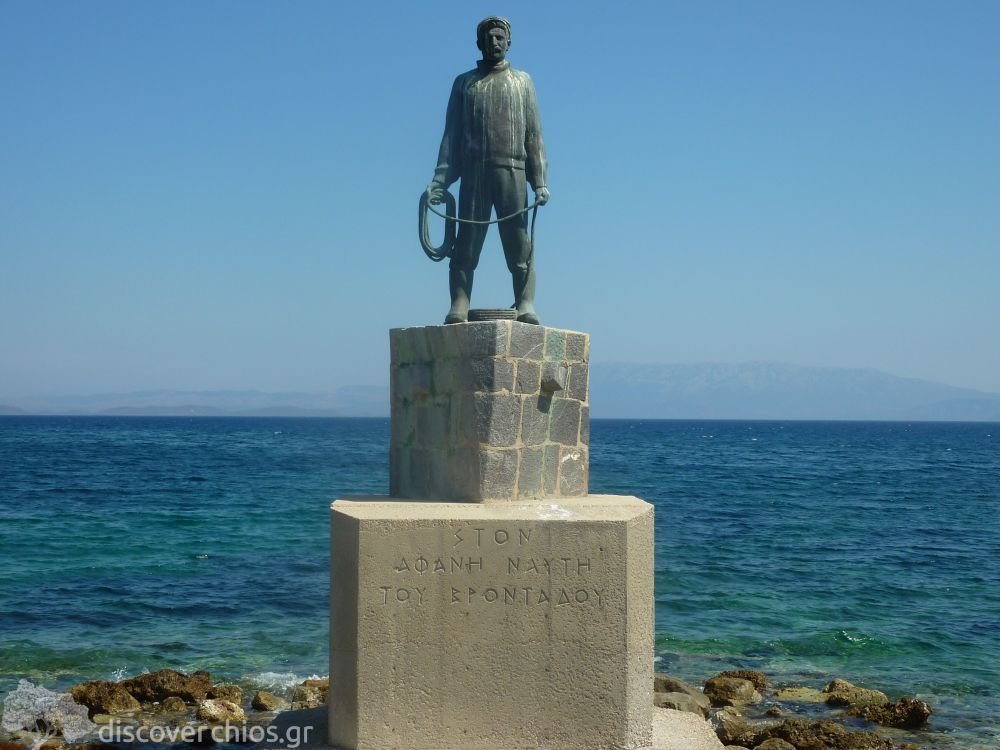 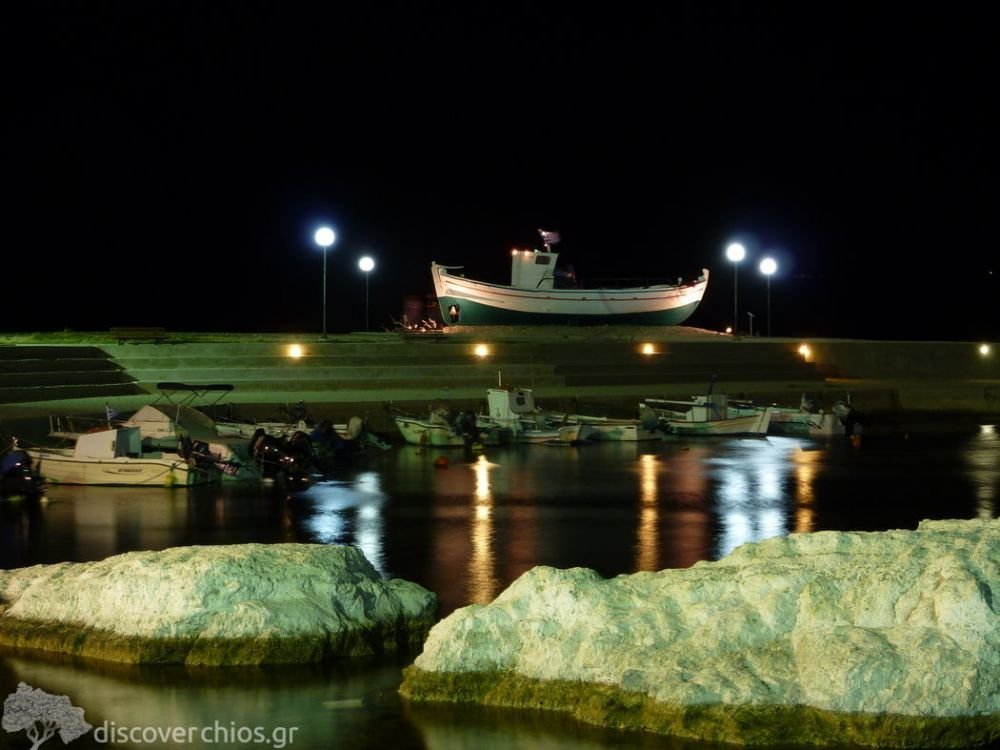 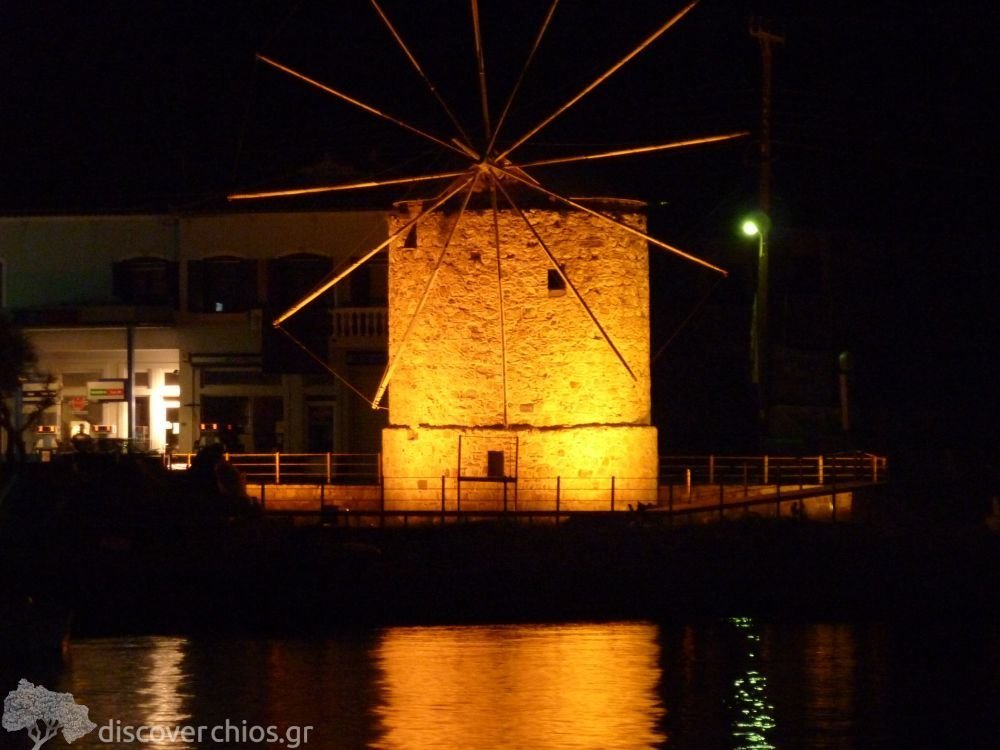 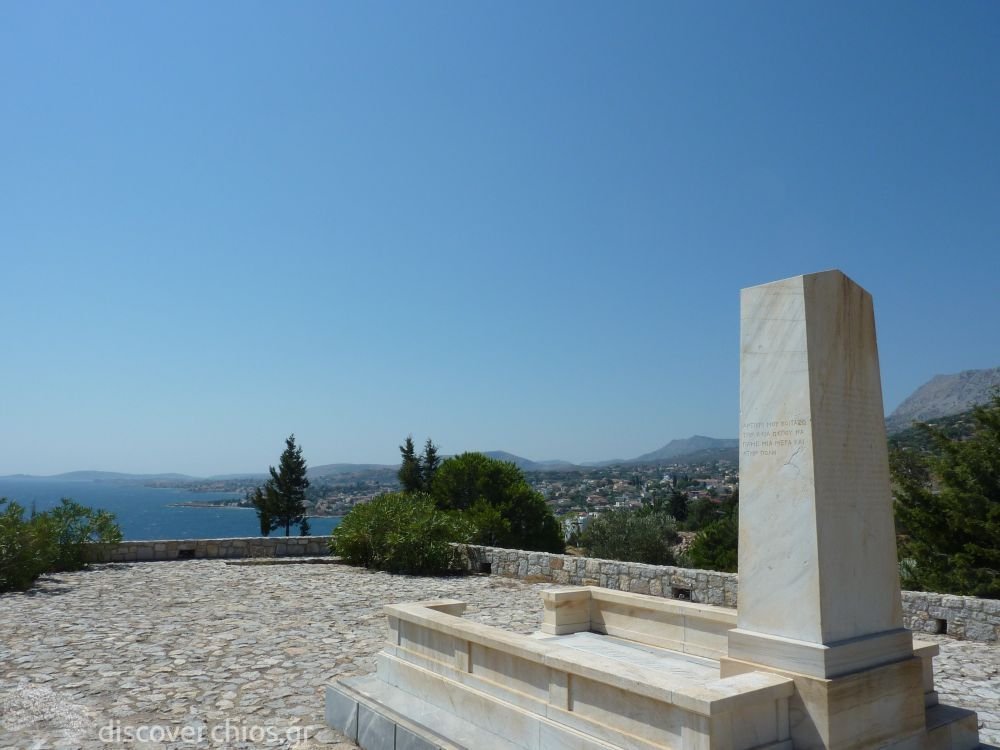 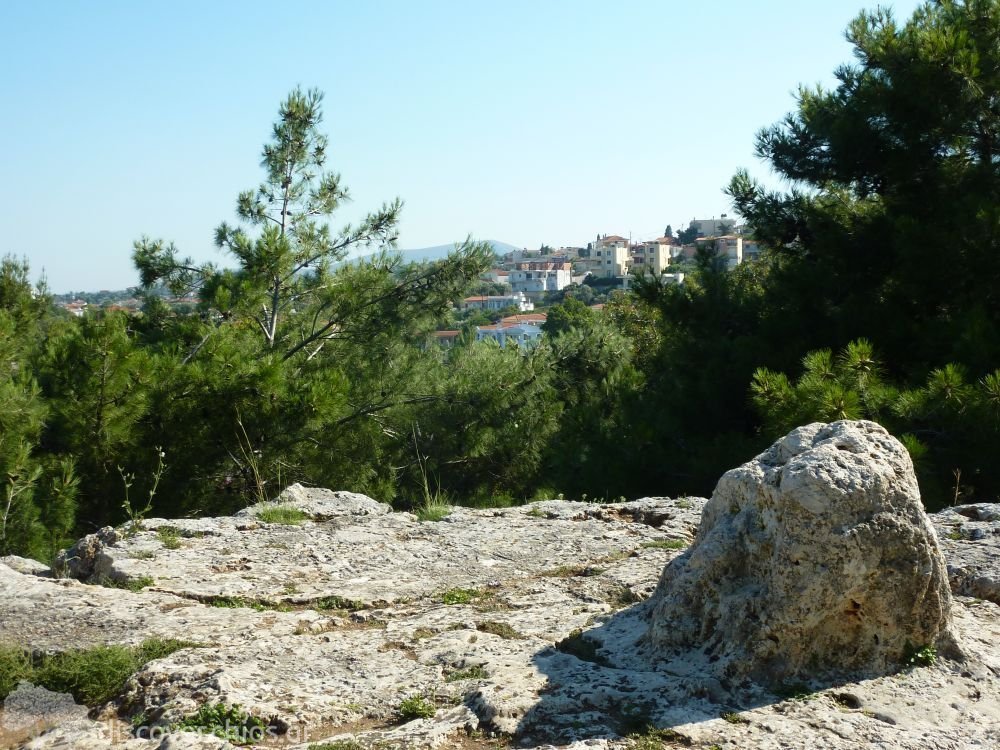 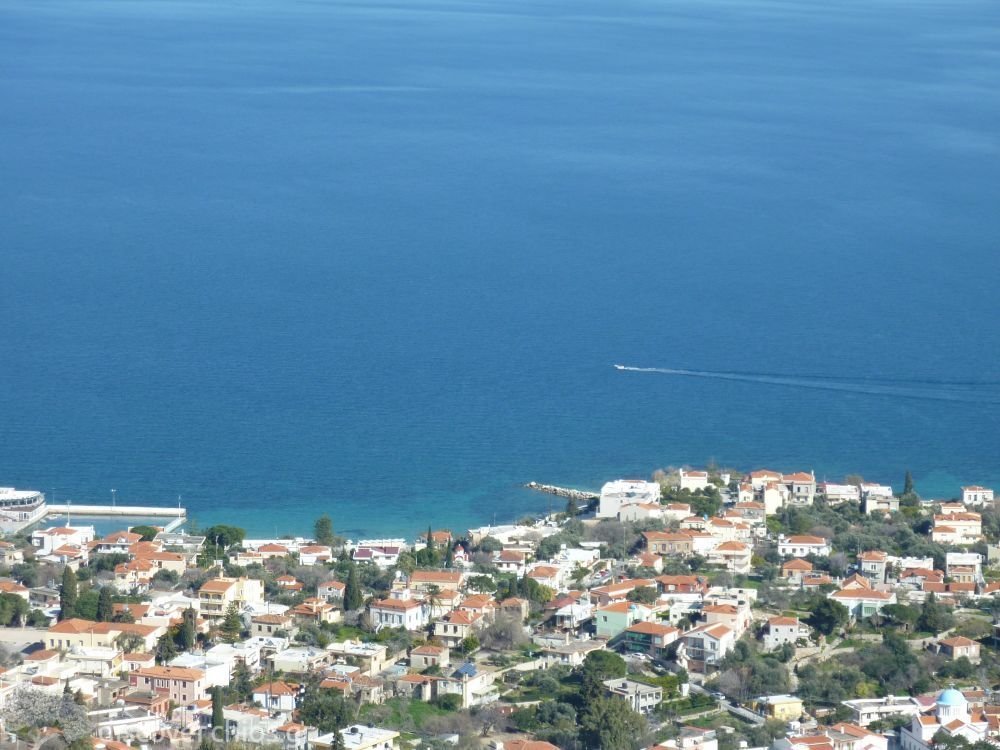 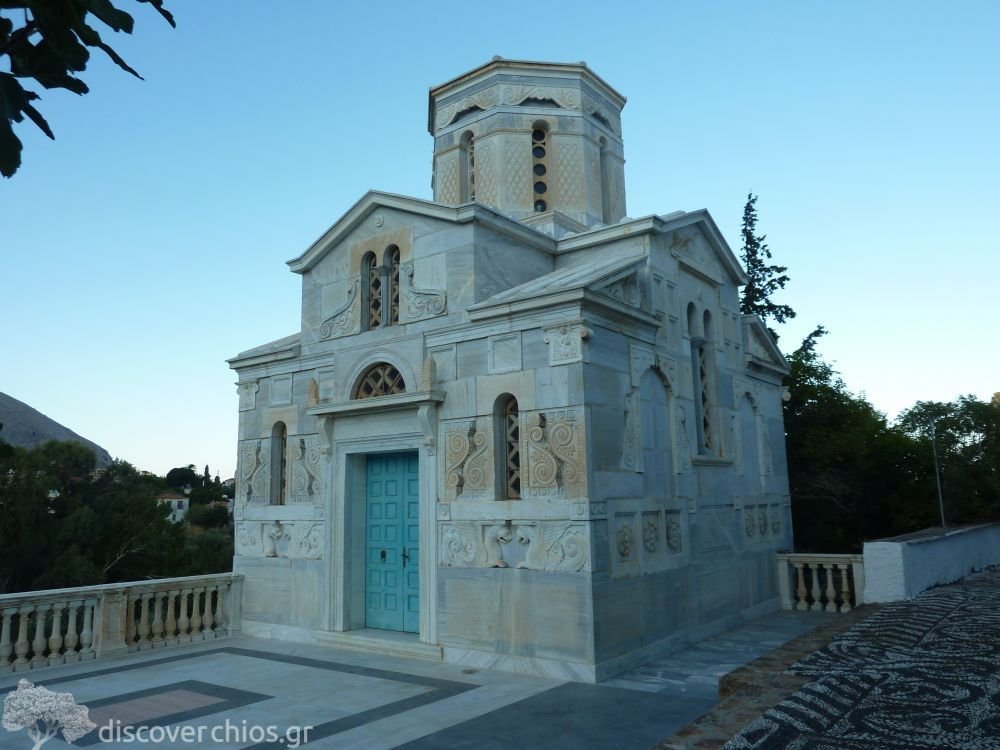 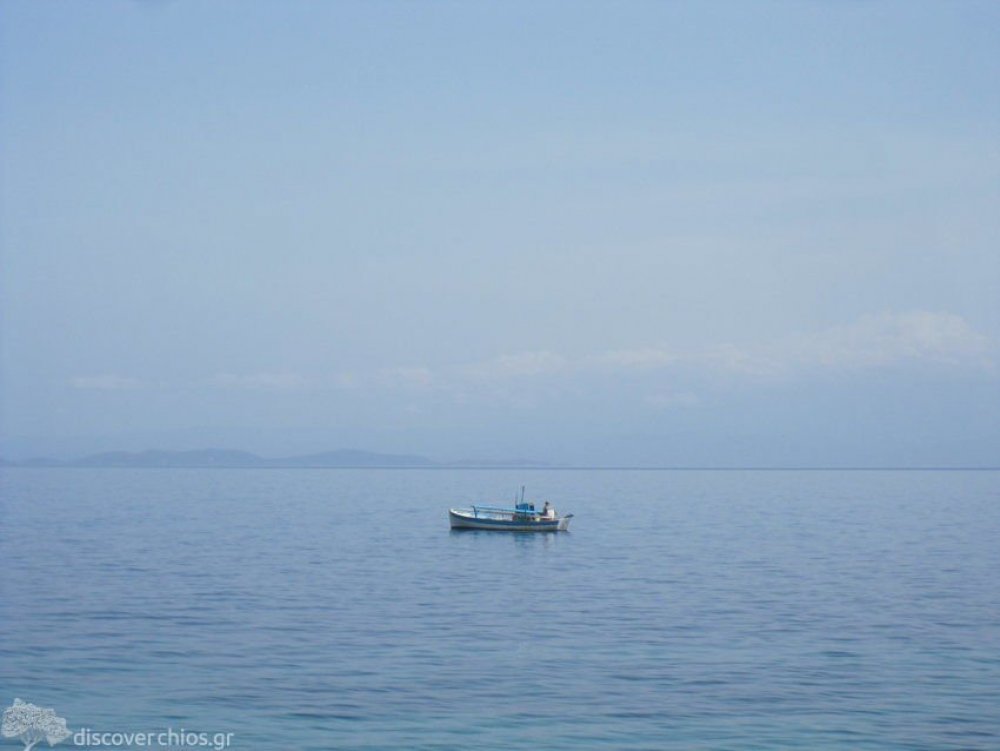